For most people, cycling is a fun recreational activity and an efficient mode of transportation. You can bike for recreation, fitness, commuting, or just exploring the city.

A bicycle is a sustainable form of transportation. What helps you to pedal your bicycle are sprockets or chainrings. Bicycle sprockets are essential for transmitting rotary motion between two shafts to impart linear motion.

Sprockets on a bicycle determine whether the wheel will turn faster or slower. Bicycles have smaller sprockets on the front, which are directly driven by the bicycle’s pedals. The difference in the sprocket size makes it easier for you to pedal on flat surfaces and uphill.

The function of Sprockets on a BMX bike

Bicycle sprockets on multi-geared bicycles have the same functions as gears in a car, and you can consider a non-shifting single gear bicycle like a car with one gear.

A bicycle has smaller sprockets on the front and is directly driven by the bicycle’s pedals. The rear sprocket(s) on the bikes are large, and the front sprocket drives them. The difference in sprocket size is to allow the cyclist the ability to pedal both on the flat or rugged terrain and when going up hills.

When biking on hills with a multi-speed bicycle, you can easily shift to smaller front sprockets and a larger one on the back. This allows you, as the rider, to pedal without using as much force on the pedal. You will pedal faster to continue at the same speed. This is why you’ll often see bicyclists pedaling fast while climbing a hill.

Why do BMX bikes have small sprockets compared to other bicycles? Well, there are a number of reasons:

Small sprockets make it easier to pedal when you’re turning faster. When BMX bikes were first invented, people started doing jumps on their bikes and other crazy stunts. However, they found that their legs would get caught in the sprockets whenever they were pedaling fast.

The pedals were also higher up than on other bicycles, so getting started after a jump or stunt was challenging. This called for remaking BMX bicycles with smaller sprockets that would make stunting and pedaling easier.

Easy To Ride On Rocky Terrain

BMX bikes have small sprockets because they are designed to be ridden on rocky terrain.

The gearing on BMX bikes is relatively small. This allows them to reach top speeds quickly but also allows them to overcome obstacles easily. Small sprockets allow the bike to move faster. The bike can accelerate faster because the gears shift faster as the rider changes direction.

Small sprockets make the bike easier to start. Because the bike has a smaller gear, it responds more quickly to the rider’s commands.

The small sprockets also make it easier for you to start pedaling when the bike is already in motion.

The best gear combination on a BMX bike has evolved to approximately 55 gear inches, which most cyclists prefer.

When choosing gears, avoid using ‘too hard gear’ because it will be hard to pop the front wheel, and “too easy a gear” will hinder you from pedaling fast and keeping the front wheel up when doing stunts.

The larger the chainring, the smaller the sprockets, and the faster you will go on any given cadence.

When choosing the optimal ratio for your bike, you should consider factors like personal preference, leg strength, or terrain elevation. If you live in hilly areas, you need a gear ratio that is neither too low nor too high.

A high ratio will mean pedaling too fast downhill, which could cause a disaster, and a ratio that is too high will mean that you have to alight halfway to push your bike up.

A gear ratio of 2.6 to 3.0 is ideal for people living in flat places. For those starting on a single-speed or fixed gear bike, an ideal gear ratio should be  2.7-2.8.

Sprockets are basically gears that are found on bicycles to help them move.

The small sprocket sizes are a good option because they make small changes in pedaling speeds, which gives you more control of your bicycle, rather than trying to pedal fast enough on one gear to make up for a significant change in gear. Sprockets are used to change speed on BMX bikes.

Smaller sprockets allow the bike to run faster, while larger ones make it easier for pedaling. 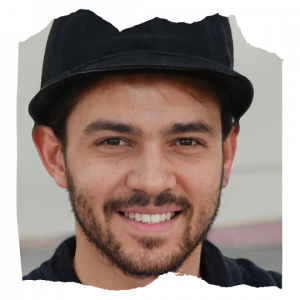